I had just come back for Shenpen work India when my husband and working partner Urgyen took me to see Tashi, a 16 year old boy in trouble. It was the beginning of January. Tashi was sitting there very pale and quiet. His mother, Sharmila, looked worried, after a terrible year where Tashi fell very ill with bone cancer just when the lockdown started in India in March 2020.  She is the single mother of four children. The father is drinking and has moved away. There is no proper health care system for the poor in India, so when serious illness strikes, it is up to oneself to find the funds to get proper treatment.

Sharmila told the story of how she was running around trying to collect money from neighbors and everyone who could help, and how she tried to bring Tashi to hospital in the strict lockdown, and how no hospitals would take new patients due to fear of covid-19. Finally some friends sponsored a car to drive from Siliguri to Kolkata (15 hour drive) where he was admitted in a big hospital. He was diagnosed with sarcoma of the leg. It was dead serious. But Sharmila got completely broke, could not afford operation there and had to come home with no food on the way. He took several rounds of delayed chemotherapy, but the tumor didn´t skrink very much. The operation got delayed many times. When I met Tashi he was scheduled for amputation of the leg on January 12th in a local hospital in Siliguri. With no more funds left, Sharmila was in a desperate situation.

We came to visit the week before the amputation date. How much did the operation cost? 200.000 rupees, approx. 2.500 USD. An impossible amount for the family. Sharmila had already taken up loans to pay for all the previous bills. I read the hospital files and asked if they had gotten a second opinion. Was amputation necessary? Yes, three doctors had said the same. Sharmila is illiterate and could not read the files. Before I knew it I promised Sharmila to help fundraise for the operation.

We went home. I couldn´t get Tashi off my mind. So I started to google sarcoma of the leg. It is mostly common in children and youth. I saw studies showing that it is possible to save the leg in 91% of cases by doing a socalled limb saving operation. So why amputation?

We took Tashi and his mother to meet the surgeon at the hospital. We waited all day in a completely packed entrance hall. People were wearing face masks, but there was absolutely no social distancing. The oncologist complained that the treatment was very late and that Tashi had to be operated quickly. After many more hours the surgeon came. He talked at length about how amputation was the safest way to treat Tashi. I told him about my googling, and he admitted that there was another option for limb saving operation in big cities in India. Not in Siliguri. But it was risky. I looked him in the eyes and said: “Doctor, if it was your son, what would you do?”. He looked very uncomfortable, and my husband was sending me a sharp look for being so direct, but the doctor whispered “I would send him for limb saving operation in a big hospital”.

As if by magic, we managed to fundraise for the operation from Shenpen friends in facebook and swift work from our fundraisers in Norway. Additionally, a local monk, Lama Guru, fundraised money for Tashi in You Tube. Together we got close to 5.000 USD.  Enough for both operation and rehabilitation in an inexpensive hospital in India. Amazing how all that money just manifested to save Tashi´s life and leg, like a gift from heaven. The gift of kindness.

The difficulties of getting fast answers

We decided to try to get Tashi admitted to a good hospital in South India, CMC Vellore near Chennai, where Urgyen had been before. But it was easier said than done. I called and called and sent many e-mails, but no one could answer if they could admit him quickly and what the operation would cost, I only got answers about their lengthy procedures of admission. We got worried. Tashi didn´t have time for this. We couldn’t gamble with his life. We said to Sharmila that we were afraid the cancer would spread, it would take too long, and downheartedly told her to go for the original operation. Many days on the telephone had yielded no results. Feeling very sorry it seemed impossible to get a confirmed appointment for operation in time, at least Tashi would save his life if he did the amputation. As the surgeon had sad: “Life before limb”.

12th of January arrived. The day of the amputation. I woke up early in the morning feeling terrible. Urgyen too. We called Sharmila to give some support. She didn´t pick up the phone.

“Urgyen dear, she is hiding”, I said, “Could you jump on your bike and go there and check it out?” So he did. And true enough, Sharmila was hiding. She had not confirmed the operation, but stuck her head in the sand. And Tashi was sitting there quietly. What could he do?

I resolutely continued to call CMC Vellore, and that afternoon managed to get the main surgeon on the line, and luckily the price of the operation was the same as the amputation. I begged him to receive Tashi. He agreed. Sometimes being from Northern Norway, where boldness is seen as a virtue, helps to cut through obstacles!

Going to hospital in South India

Then we acted swiftly and booked flight tickets to Chennai for Tashi and Sharmila, and Urgyen went along to help them find their way in that huge hospital and to translate. Down in Tamilnadu they speak Tamil, not Hindi, and Sharmila doesn´t speak English or Tamil. She wouldn’t understand a thing.

Tashi was thrilled to go on his first flight, but a thick winter fog descended over the plains of North East India, and all flights got cancelled for several days. We feared for Tashi. He didn´t need more delays. But arriving in CMC Vellore on 15th January, and doing all the tests the following week, it luckily turned out that the cancer hadn´t spread.

There were thousands of patients in CMC Vellore in Tamilnadu. It´s a huge hospital, and people line up in long ques to get appointments and wait there for hours and days. Patience is very much needed in India. Everything takes a long time. While doing tests and examinations, the patients rent small cheap rooms near the hospital. They can also rent pots and pans to do their own cooking in their rooms, with the vegetable venders right outside. Urgyen installed mother and son in one of these rooms and stayed next door for two weeks to help them get appointments with the doctors and all tests done.

After another round of chemotherapy Tashi was ready for limb saving operation on 17th February. The operation was a success, but he suffered a big bleed and had to stay in ICU for two days. We prayed. His mother had by then gone home to resume her job and make money, and had sent his big sister Pem Diki (19) down to help her brother.

The two nights Tashi was in intensive care Pem Diki didn´t sleep, but stayed right outside the door of the ICU room, and was just briefly allowed in to help with food and water. But Tashi didn´t eat and felt absolutely miserable. We got worried sms´s and photos of Tashi looking very ill. Luckily Sharmila obtained a health card that helped pay for intensive care, and Tashi soon got better. Two weeks later Tashi is happy, eating well, has been discharged from the hospital and is back in his room with his leg intact and the stiches removed. Now he is getting physiotherapy and will start walking training and do a last round of chemotherapy before he can come home in a month or two.

So right now Tashi´s biggest worry is the lack of hair on his head after all the chemo. And mother Sharmila can finally relax a little. The local people say she was running desperately in the streets during the lockdown last spring, when Tashi fell ill and she had to find money for his treatment. Almost like mad, trying to save her son.

It was her annum terrible. She came to visit us yesterday. We helped her pay for lodging and food for Tashi and his sister for the coming month. All the other funds are spent. We did it!

Thank you all kindhearted people who helped save Tashi´s leg. And life. And a mother´s heart. Without you, who knows what would have happened. 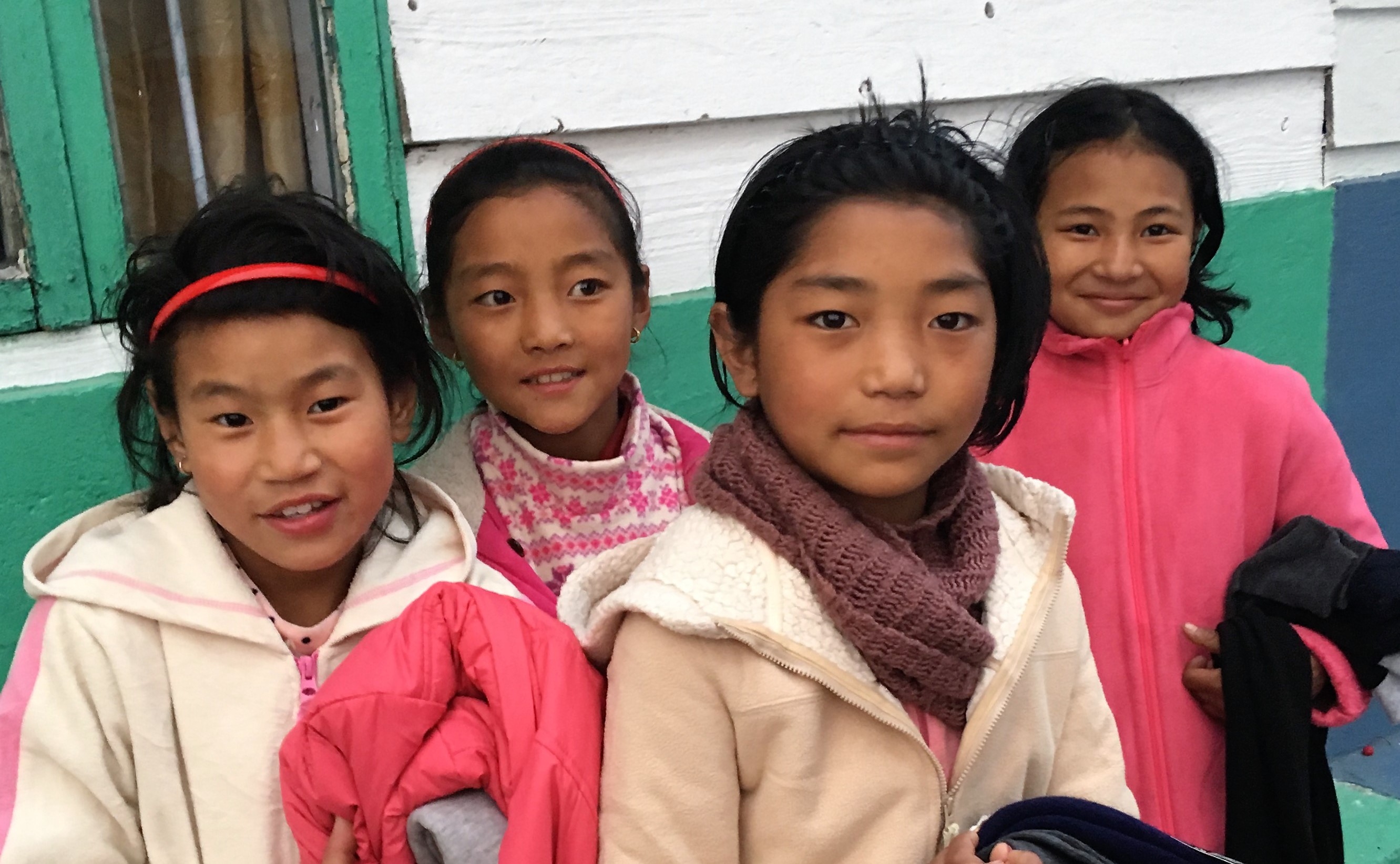 November is always a busy month working for Shenpen in Sonada. The winter cold is creeping in, and there are always hostel END_OF_DOCUMENT_TOKEN_TO_BE_REPLACED 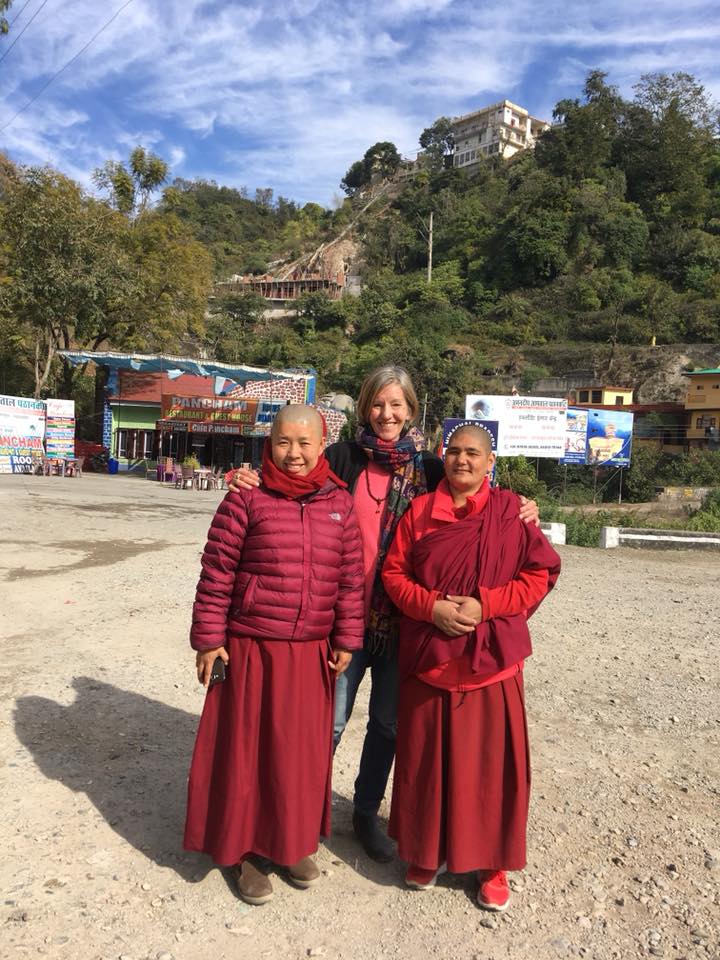 The new year of field work for Shenpen in India and Nepal got a flying start early in January. I was so END_OF_DOCUMENT_TOKEN_TO_BE_REPLACED 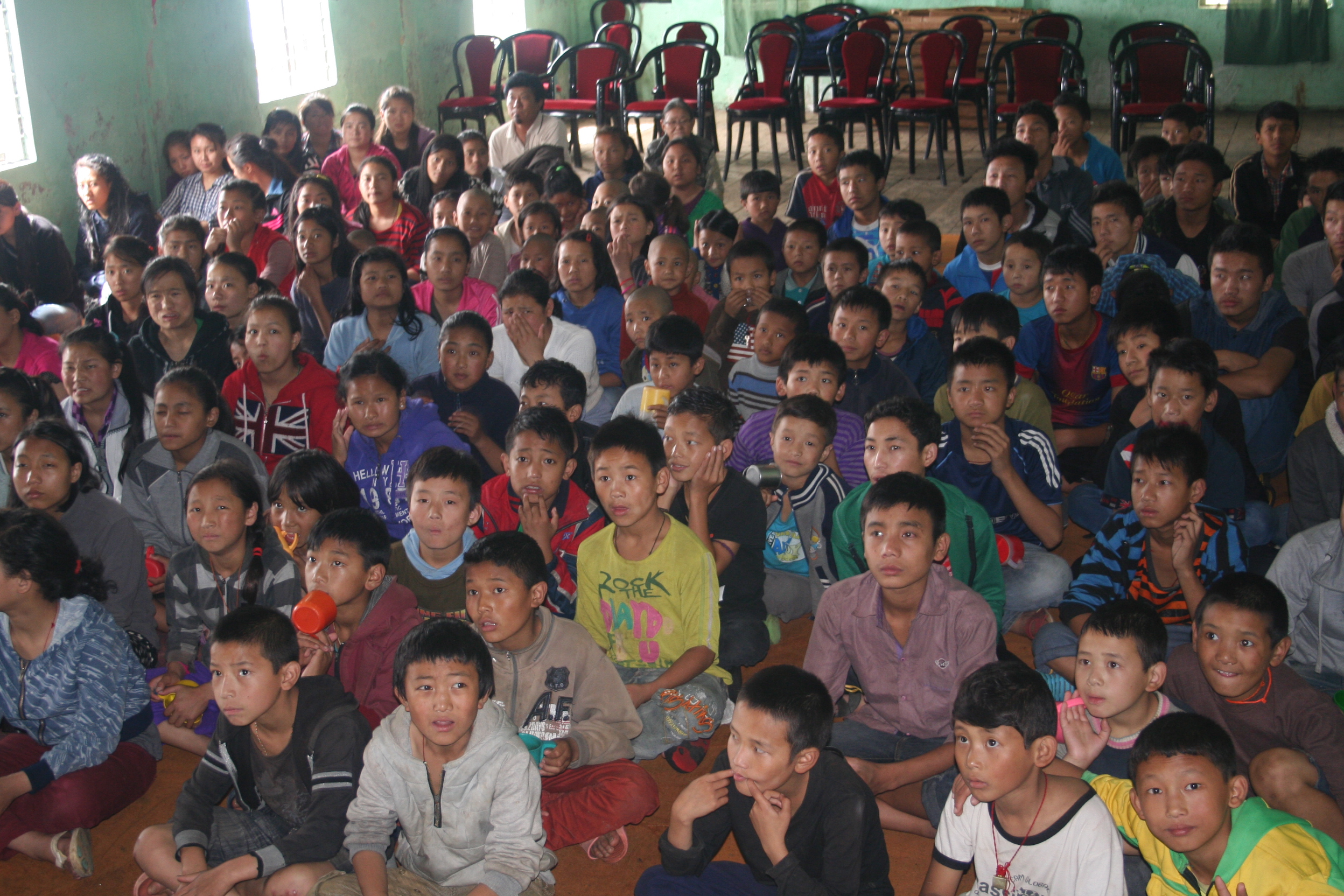 6th of September Tashiling clinic in Sonada, which is sponsored by Shenpen Tibet Aid, had a health talk about deworming. 150 hostel END_OF_DOCUMENT_TOKEN_TO_BE_REPLACED 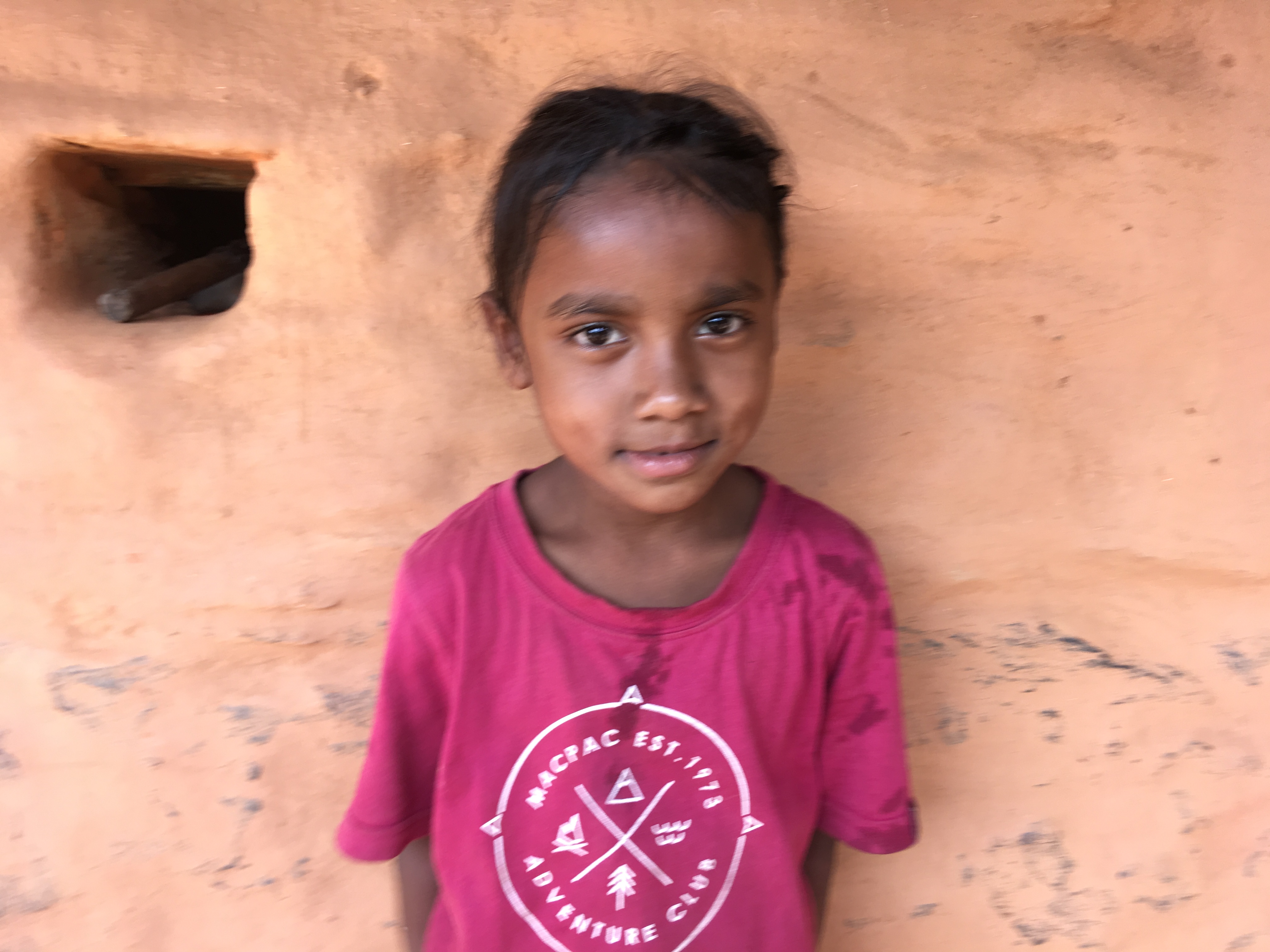